Expanding on the topic that “I’m weirder than you” and my well documented obsession with everything automotive comes….

Given the volatile climate the current US car market, I thought I’d explain and question some of the things I have noticed. How the top vehicles I would love to own, only half are available to Americans and all come at a significant price increase compared to their European counterparts.

Even though similar to my Astra, this certified lunatic model has more gears, larger wheels, MOAR POWA, and looks just sick. 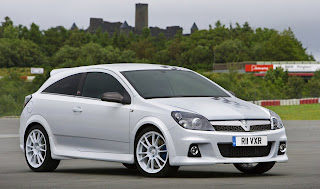 If you even remotely consider yourself a “car person” and you don’t like the Z3 coupe… Then I suggest you GTFO right now. This is the most attractive car BMW has made in quite sometime. Thanks to Chris Bangle and the “Bangle butt” on all current BMW’s, the previous design is much better looking. 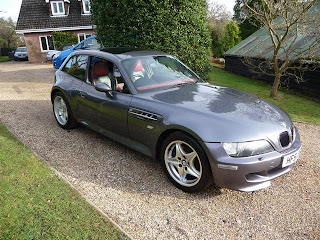 I’m AMAIZED that these can be purchased here. Granted they have about $10,000 in federally mandated safety equipment that the euro car lacks… I’m one to believe that crash avoidance is a much greater feature. To be able to out maneuver, brake, and accelerate an obstacle is a much greater safety feature than the post-crash airbags. 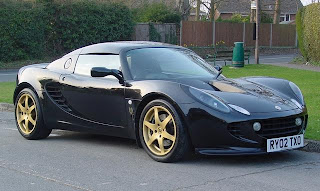 This was one of three cars I remember having as a poster on my bedroom wall. The other two are just as insane. I’m not usually a fan of “supercars” but this one car has severely bent the way I think about and what I want in current cars. 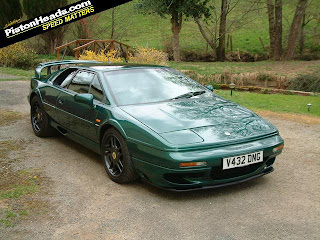 I love TVRs. Everything about them is just pure. Sure they were not reliable, expensive to maintain, and a dumb Russian millionaire ran the company into the ground, but what’s not to love? The license plate frame has more presence and style than any car built buy a Japanese or American manufacture in the last 15 years. The car is so unique and attractive it is even able to pull off that color. I mean, seriously, picture that color on anything else… 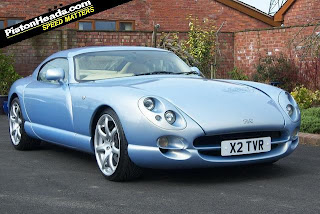 Make simple and add lightness; that was Colin Chapman’s philosophy. After more than 40 years this concept still holds true for the 7. The standard cars 130Bhp and 1600Lbs curb weight translate into one incredible machine. The R400 (pictured) has 200Bhp+ and weighs less than a wet dog. Even the R500 has greater power per ton than the Bugatti Veyron with its massive 500Bhp for every 1000Lbs that the car has to rocket around. It will DESTROY the Veyron right up until the car kills you. 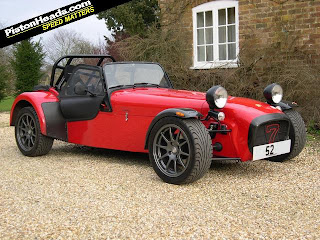 
I was going through all the videos depicting this atrocity on youtube. I ran across the video above. The only Volvo I could find on fueleconomy.gov that would "qualify" is any of the early '00s R series... And judging by all the tubes running acorss that engine I'd say this is one of the rare few.

I hope that ruined your week like it has mine.

This made me cry. 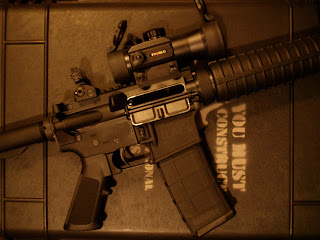