According to the news, swine flu has made it to Alabama....

The best I can hope for is a mutation.

A mutation that happens to create a lot of "undead".

From the never ending quest to prove that I am weirder than you... I'm sick. I've been sick for a long time. Apparently, I have an addiction. This scourge as caused many a problems between me and my family. This addiction has cost me thousands of dollars to keep alive. It has finally reached a head and I have to tell someone...

I guess the problem is to from my mother's side of the family. Not a single one of her relatives has owned less than 20 vehicles. I'm on my way...

My first car is a 1995 Toyota Camry. It is one of the rarer V6 models. Less than 20% of Camry sales are of the larger engine. My second car really wasn't my car at all. I was the only one that drove and maintained it. It was my first forte into standard transmissions.

My Grandfather's 1974 WV Beetle. I never had a single problem with it. I loved that retarded thing. My third car is, so far, the only one that I purchased myself. It is bizarre how rare it turned out to be. Only about 13,000 have been sold. My '08 Saturn Astra (AKA: Saturn Opel Vauxhall Holden Astra). I've done a few mods to this one. Removed the GM badges, Irmscher petals, and a Fujita intake. Next will be some Eibach drop springs to get the car to the correct euro height. My fourth isn't even a car. After taking the MSF I got the bug. It is one of the small displacement bikes available. One one the more popular bikes Kawasaki has ever made. I'm not a big fan of the red with purple graphics, but it is a learner bike. My "fourth" car isn't mine yet. It is has been an understanding that once I get my BS degree it will be signed over to me. It was my mothers first car and has been in teh family since 1976.

1969 Chevrolet Camaro with the 307 and TH-350 transmission. Needs restoration. Number five isn't even a car. It isn't a bike. Although, I don't currently have a picture, it is a 1969 Ford F100. The lingering electrical problems are the reason it is mine. Green short bed with three-on-the-tree and a 360 FE it should be a fun ride once I get it running again.


So there you have it. I'm obsessed. I could really do with one car, but where is the fun without the constant aggravation and frustration that a small fleet brings? If you ever wanted to know what they are saying: 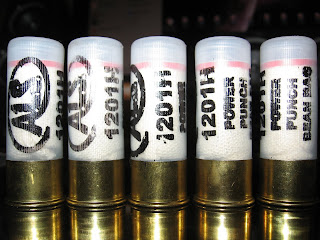