What should I know regarding security? FTP setup?


I have been using this as a guide. Other than some of it being horribly out of date it has worked so far.

Can I run this headless? I can't find anyway to login from another computer.

BUMPED:
Anyone have any tips on getting this thing up and running? I'm flying blind here.

Something must have been installed wrong. The server crapped its self and wouldn't reboot. I'm reinstalling now.

UPDATE 2: Someone's server that holds some repository files must be off-line. It can't load a lot of stuff. Guess I'll have to wait until tomorrow.

UPDATE 3 @ 10:50 P.M. - Attempting to get this thing back up. To many damn repositories. Anyway, how does putty work with SSH?

I guess this was the wrong week to try and get this working with Ubuntu 7.04 being released. Check the IRC channel. It is a frenzy.

UPDATE 4: Back to where I was. I know I have SSH installed on the server, but.... What am I doing wrong?

---- Installing stuff in the right order has allowed me to login with Webmin...

UPDATE 5: Why are there so many tutorials that explain how to install ubuntu but not configure it?

UPDATE 6 and Bumped: Why did I stop working on this? All I have is a running Ubuntu box with Webmin and usermin installed. (Usermin is AWESOME)

What needs to be done?

Get SSL and putty working.

Set up a database.

learn wordpress and buy a domain.

Can anyone think of anything else?

Yep. Today I'm blogging from the hospital. Everything is okay. My father was having stomach pain Tuesday night, so we went to the emergency room. They did some tests and he has gallstones and his appendix needs to come out. It was so badly infected they have to wait until his white blood cell count drops. It may be Thursday before they can do surgery. ...and there internet is slow. If it wasn't for user block lists, I couldn't use the internet.

UPDATE: And why do some people have to inject politics into everything?

What do you get when you mate a smart fortwo with a Suzuki Hayabusa engine?

Anyone know anything about the IC-R20 and getting it to connect with Ham Radio Deluxe software?

Did you see it? It was perfectly overhead. 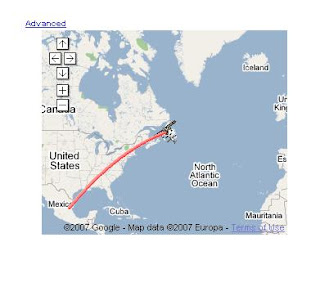 When I lost sight, it was already over New York.

Because I'm board. Is it just me or are the intertubes slow today? I guess I'm guilty of clogging them with videos.... (as seen below.)

...am looking for employment.

No marketable skills and have no interest in working with general public.