That durn title took me three tries. I kept typing Happy New Yarrr... I must have Pirate on the brain.

What was I doing when the clock struck midnight? Configuring netstumbler to work with the sirf 3 chipset in my Streets and Trips GPS receiver.

Labels: Video, Will it Blend?

I have mentioned this before. If you don't remember these are the former MST3K guys.

The Gauntlet has been thrown down at 10:30 P.M. I have just installed a new hard drive for my desktop.

LETS SEE HOW LONG THIS TAKES!

12:20 - Done installing all updates to Windows. Have not even started installing drivers.

1:46 - Just now done installing drivers and dot.net patches along with most of my downloaded software. I haven't even gotten to installs off of CD's. I think it is becoming apparent why I needed a larger hard drive.

2:10 - Who in their right mind live blogs a windows reinstall?

2:37 - I get a 10 minute time reduction because I started playing with some bubble rap that was in a box.

UPDATE: Well poo. Looks like I'm needing to do this again. It isn't rendering graphics worth a crap and both screen are VERY noticeable in their color differences. I still can't get the TV tuner to work, main thing there is I installed HOME edition not Media Center Edition... AIEEEEEE!
Posted by Tyler at 12/26/2006 10:47:00 PM No comments:

My best geek gift? Now if I can get it to work with netstumbler....

If anyone noticed I was able to get my blogs updated by removing all the addons I have done over the past two years and then publishing the template. Then blogger was more than happy to install the update to both. Figures Eh?

Haha. On the local news crapper. There is a story about lost luggage over the past week. If you don't want your luggage lost buy a starter pistol. Pack that in your luggage and declare it to the airline. They WILL NOT loose that bag. Starter pistols are completely legal in all states, even to carry (because they are not "live" firearms.) Although the airlines classify them as such. That reminds me I need to pay a visit to Unclaimed Baggage in Scottsboro.
Posted by Tyler at 12/26/2006 09:16:00 PM No comments:

I remembered I have all these dumb Gifs. (Gifs lol!)

I am writing as an expansion on Wyatt's post "These Things I Believe" I agree with what he has written and I feel like expanding the topic a little.

Libertarian. I had not even heard of a Libertarianism up until a couple years ago. I considered myself a Republican and I was satisfied with the party. I had no want or need to go looking for a new political affiliation. What else was there? Democrats?

I always knew I never fit in with the Ann Coulters, Michelle Malkins, Sean Hannitys and a very large portion of the conservative Republicans. Something always irked me about them being so self-righteous on their opinions so often.

After the 2004 Presidential election and all my campaigning for Mr. Bush. I was ecstatic that the Republicans had the House, Senate, and the Presidency. Almost from the start the republicans started cowering at the feet of loudmouth democrats. After 6 months of this I was ready for change. I knew there was no way in hell I would become a democrat.

I began hearing about this thing called the Fair Tax written by some guy named Boortz. This had to be one of the greatest articles of legislation I have ever seen. Soon after I found out Boortz was a Libertarian.

And here I am today. Even more cynical than ever. After that ever brief history here is what I believe.

* "Everyone is Pro-Life and Pro-Choice. It is for or against abortion that your group is about."-Penn Jillette. I believe that abortion is murder. You are taking a life. Yes, it is that simple. However, I don't feel an overwhelming need to do anything about the current situation. What I mean is anyone who feels the need or want to take the life of an unborn child has some screwed up morals. Because of that they, more than likely, vote democrat.... I hold the belief that their is a God, and if I understand this correctly, One of his "Top Ten" was not killing... and something about fire and burning for all eternity.

* The Fair Tax is so simple is has to work.

* I know of an "African-American" that is very white.

* I have a significant amount of Irish and Indian heritage. That means there is little difference in me not giving a shit and killing you.

* I believe that Lincoln was the worst President in the history of this nation. Followed closely by Carter. With Grant in third.

* I believe Islam is infesting the globe and should be dealt with harshly. Don't even think of bringing up the so-called "Moderate" Muslims. Have you read their holy book? The "extremists" are the true Muslims.

* Ahmadinejad, Ill, Chaves, and any other two bit dictator should be assassinated. Not because I don't like them, but they post a grave threat to this Nation and that is reason enough.

* I could care less about the "gay marriage" debate. If two women and two women men want to get married, then by all means. If marriage was actually held in high regard the divorce rate wouldn't be 50+%.

* Over 90% of the violent crime in this country is committed in the cities with a large minority population. I don't just believe that one. It is a proven fact.

Looks like I'm stuck with old boring blogger. I can't update to the newer version. It doesn't even give me the option to do so on one of my blogs. It says to many errors on this site and wont let me try again. I've had a Google/G-mail account for a long time. If I login it kicks me back to the old one. That means Blogs 4 Bauer is off limits to me...

When I go to blogger.com it gets confused and begins an infinite loop. The only way to login then is be EXTREMELY quick at clicking the old blogger login link.

Update: Well I managed to fix the loop. I have to logout of Google and then i can log into blogger. I still can't update nor can I login to Blogs 4 Bauer. I don't really feel like moving this site somewhere else that I have no control of.

6 Weird Things About Me.

Because I was tagged by Space Monkey.

Here are the rules - Each player of this game starts with the "6 Weird Things About You." People who get tagged need to write a blog entry of their own 6 weird things as well as state this rule clearly. In the end, you need to choose 6 people to be tagged and list their names. Don't forget to leave a comment that says 'you are tagged' in their comments and tell them to read your blog!

1) Apparently I need one two, three, or four, day(s) that includes 16 hours of sleep. The rest of the week I can get by with three hours a night.

2) I believe I have mentioned my uniform dust issues.

3) With all the articles I have submitted for the Carnival of Cordite many would find it surprising that I don't own a firearm. Not one. Not even a shotgun.

4) Most of my "friends" are on the internet.

5) I collect things. Electronics mostly. Electronics I never use. I have a case of walkie talkies, portable dvd players, cd players, cassette players, weather radios, mini-disc players, PDA's.. All are new, but I never use them very much. That seems like the wrong thing to collect.

6) I can't think of a #6 that is either funny or relevant. Make up one for me, put it in the comments and we'll see if it is true.

Holy Cow! Vilmar's blog, Right Wing Howler, has bees taken down thanks to those fucktards at CAIR. If you missed it, here is the archived page.
Kick someone's ass Vilmar!

Back to the Future

These are the most insane case-mods I have ever seen.

On a unrelated note. Has anyone downloaded any of that free music in that post two below this one? FIAR has proven he can follow directions and downloaded a few. How about the rest of you? Well?
Posted by Tyler at 12/12/2006 02:44:00 AM No comments: 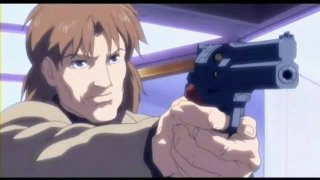 I just found these links. I didn't post them originally. Rapidshare, wants you to wait an hour between downloads.

I want this for my 21st birthday! 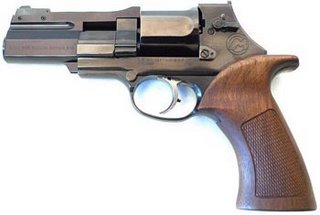 10. One year of "no computer questions" from everyone in your family
9. Private show by the remaining cast of Monty Python
8. The Sword of a Thousand Truths
7. A "Nuke the RIAA from orbit" button (The type you press, not the type you wear)
6. Charles Babbage's brain in a jar of formaldehyde.
5. Life-sized, fully-functional Bender
4. Star Wars Holiday Special where Jar-Jar gets trampled to death by Santa's eight tiny Wookiees
3. Ten terabyte video iPod nano with expandable screen
2. Guided tour of Area 51
1. Customized Google logo on your birthday
Posted by Tyler at 12/05/2006 05:23:00 PM No comments:

Just something I thought was interesting. This makes NINE videos on my main page. A NEW RECORD!!

They keep bumping into shit. We need to make them... SMARTER!

Here is the back story if you didn't find that immediately hilarious. From Diggnation #71