All right, I see you'’re intrigued.

Everyone knows she comes in just under a bag of hammers, but just above a box of rocks on the intelligence meter.

But uselessness proves it has no bounds when...


You can pin yourself between your car door and another car. 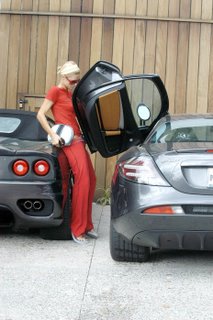 And one more thing.

WHAT ON EARTH IS SHE DRIVING AN SLR FOR?

I Can't Let This Go to Waste.

I don't know if this will work on anyone else's connection, but every now and then I get an email from dell with a stupid good deal on something.

Because DPT and Cove Rebel both told the Taser story and RofaSix thought about doing it.

I know I did this already. Twice. But this is like the Sims for me. Without the control issue part.

This first one is located in Australia. It also has tilt, zoom, and pan functions and there are a few people that know about it. I spent 20 fighting for control with someone who wanted to look at a reflection from the son.

This one is also in Australia. It too is popular. It supports all the above functions and has one incredible zoom. I guess the people who know about it are local. There is about 8 seconds lag and any commands you give it can be over-ridden within that time.

Axis cameras on the net.

Live Applet cameras on the net.

Panasonic cameras on the net.

Toshiba cameras on the net.

Sony cameras on the net.


There are other searches but these returned the most results most of the time. I would like anyone who finds an interesting camera to leave the URL in the comments, please.
Posted by Tyler at 4/26/2006 11:43:00 PM No comments:

Donuts cannot be done with a Civic in Drive.

Burnouts cannot be done with a Civic either

Don't kid yourself there just slow.

And even the "tuned" civics are still slow.

Maybe it isn't all hopeless.

Yes, they were getting robbed, but that security guard came extremely close to shooting something that could have gotten him in serious trouble.

I am not very clear on the details so just go here.

And something completely unrelated.

CNN is saying that Tony Show is the new White House Press Secretary.

Can Tyler finish his essays in time?? Tune in to find out his progress.

I am the king or procrastination. I can handle my own with the best of 'em.

I have taken American Literature, I should be able to knock both essays out within 6 hours.

Fountain
Space and Rocket Center
Linux Works
Something?
Fish Tank
Lots of Computers
Legal Seafood
Something is wrong here?!
And remember you can search for your self with I-Hacked.com's instructions.
Posted by Tyler at 4/24/2006 12:04:00 AM No comments:

I have arrived at the conclusion that Grand Turismo 4 is unbeatable.

I need to get this

Slashdot gave some light to this story about three months ago and I thought it was a good idea. It is called undervolting and it works. My sis has this big dumb Dell 9300 with the Pentium M 1.73Ghz. It is a great little processor. The standard voltages were .988v @ 800mhz and 1.35v @1.73Ghz. At 800mhz it would hover around 50 degrees Celsius and 1.7 would be about 85 degrees Celsius. Or way hotter than anything this expensive should run. The fans would run full speed at idle and the keyboard would nearly melt flesh at maximum speed. 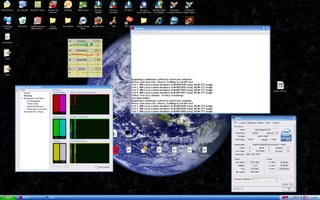 After messing around I have gotten the minimum voltage to .700v @800mhz (Stable) and I am still working on the higher voltage, however it is 1.180v @ 1.73Ghz and I can still go lower. Temps dropped too; down to 35.5 degrees Celsius and 65.5 degrees Celsius while running Prime 95.

All the tools you need are listed on the first article and work. Undervolting does not work on desktops or celeron bases notebooks. :( If this works like I think it will. She should get 25-20% better battery life and 30% less heat from this beast. The fans are soooooo quiet it amazes me.

This document collects a number of reported cases where the anti-circumvention provisions of the DMCA have been invoked not against pirates, but against consumers, scientists, and legitimate competitors. It will be updated from time to time as additional cases come to light. The latest version can always be obtained at www.eff.org.
Posted by Tyler at 4/17/2006 01:05:00 PM No comments:

Since blogger is gratefully hosting pedophiles. All the Above have jumped. (First two were blogger but hated Google.)

1) Who do you use for site hosting?
2) Where did you register your domains?
3) (Directed at Von) How much trouble is it to setup my own home server?
4) I'm confused.?!

Does anyone know what this is?

So that explains this gif.

Here is the complete scene.

Why Firefox is best.

Has everyone had a chance to get there google page yet? It is like Geocities, but with 100mb instead of 15. Here is mine. I was on the waiting list for a month.

Here it is 11:00 P.m. We got back a few hours ago from my sisters softball game. (after 11 innings They said screw it and called a tie, my sis pitched the whole damn thing.) Anyway, as I sit here listing to Depeche Mode I am working on that Geocities site (Be sure to click ultra stoned) and Google Page site.

I must say the geocities site of mine is a great design although not my template.

I an trying to do something useful with Google Pages. Any ideas? (No pr0n Wyatt!!!)

I Need a Wall.

YOUR BREAKING OUR LAW!! YOU, BEING ILLEGAL, HAVE NO RIGHT TO ANYTHING IN OUR COUNTRY! STOP FLYING OUR F**KING FLAG IN A DISRESPECTFUL MANNER, YOU ARE IN OUR COUNTRY! BY GOD YOU BETTER ASSIMILATE INTO OUR CULTURE! DON'T LIKE IT? GO HOME!

Stupid Weather-Man Quote of the Day...

"There is a funnel cloud on the ground."


Stupid shit. Now I know why I don't listen to them.

"The trees are spinning. They are spining in a clockwise motion."

"(NO VIDEO/Audio Only) Look at the hail falling from the sky!"

"We just lost power. As you can see it is just complete darkness." 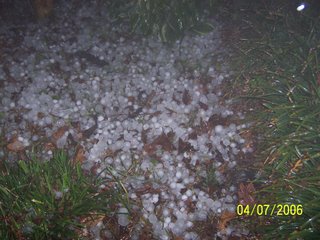 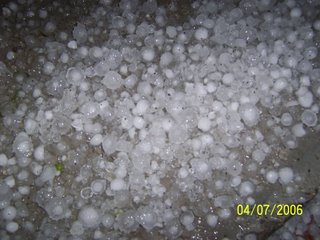 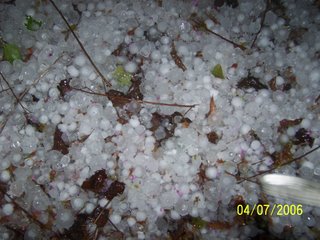 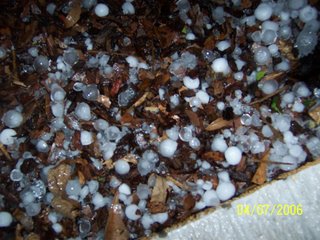 I didn't do a song this week or last. So here is one from the new Junkie XL CD.

How much cynthia mckinney stuff can you put on one page? KisP finds out.

If you have a cynthia mckinney article trackback to this post and I'll link back.

This is a Great Album.

Is Your Son a Computer Hacker?

Over the last couple of days I have seen this article sevreal times. 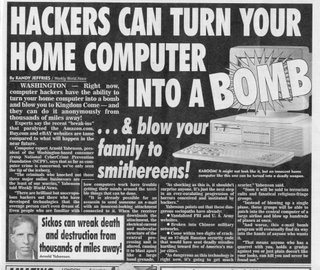 Then I did a google search and became concerned, because (stupid) people actually listened.

I thought that was a hoot. Then I ran across this. 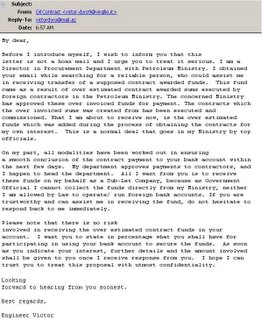 Everyone go read the ScamBaiting article over at Blogs4Bauer by RFTR. 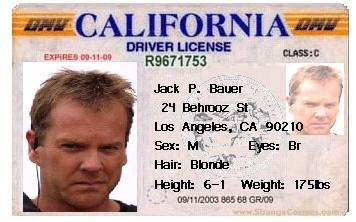 First off, this post took about four hours to complete. Three and a half of that being information compiling. It is all links provided by stumble the Firefox extension that points you eveywhere.
Everything here I thought was cool, so if you think just like me you won't be dissapointed.

Yes, I totally stole the idea from Xavier.

Fractal of the Day.