I don't know if I can beat the kids playing baseball with a hand grenade, but I will try.

The Ferrari Enzo. Not the most beautiful exotic car ever produced, but will send the car crazes into a frenzy at the sight of one. The Lamborghini murcielago is the tamest of the breed. Yet still has a high drool factor.

Now I have somewhat confirmed this first story and the second is... well, evident. 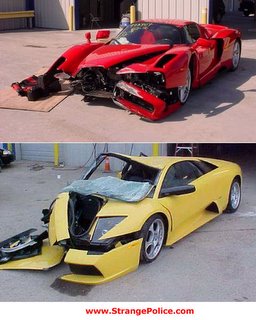 I am sure some of you have seen the Enzo picture. The Lambo was new to me. :(

It turns out some TEENAGERS got ahold of daddies keys. Not teen boys mind you but girls.

YES, they were street racing each other.

The Lamborghini was driven by minor Courtney Shannon, daughter of Danny Shannon the owner of a large exotic cars dealership.

The Ferarri Enzo, the world's rarest car, was driven by Rebecca West who's father is a prominent attorney.

They were the drivers. Their brothers were in the cars also.

Of the five all stable and one critical. Too bad though.

The Enzo above was the third one totaled out of a 400 total units.

Get ready for number four. 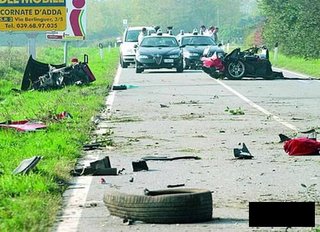 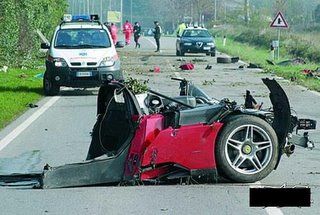 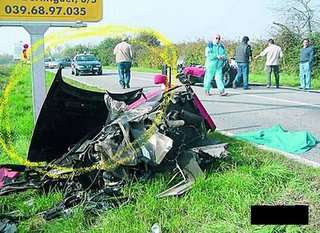 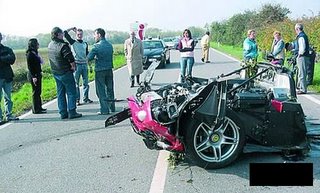 I don't think he hit anything. There just isn't enough parts on the ground for two cars. 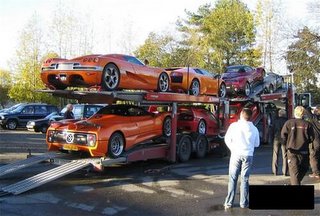 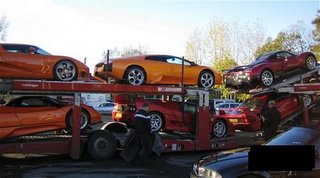